Located in Zhengxi New area, Zhengzhou is located on the main axis of the public building complex in Zhengzhou New area. The axis is 2.8 kilometers long and 140 meters wide. The project’s design specification calls for the construction of a variety of buildings, including a national fitness sports centre, a children and women’s activity centre, a youth activity centre and a mass art museum.

In the process of rapid urbanization, the establishment of new venues for public events has also changed the traditional lifestyle of Chinese community activities. Before the establishment of the large-scale indoor public activity centre, most of the community activities were focused on outdoor venues. The community centre, as an urban “stage” node, is characteristic of openness and is reflected in an interactive structure similar to a “hybrid” pattern. This interactive structure encourages the immediate participation of community members and encourages the active interaction between participants and audiences. Moreover, roles of participants and audiences can be swapped at any time. In an indoor public activity space with a modern setting, space is divided according to a certain order and grade, and different activities are arranged in different spaces, thus losing the openness of traditional community activities. How to re-establish this open relationship in a modern indoor public activity space makes up the major concept of this project.

The size of a national fitness sports centre, a children and women’s activity centre, a youth activity centre and a mass art museum reaches close to 200,000 square meters with functions meeting the majority of the activities in the community. It is only lacking in the communication and interaction between different groups. Therefore, this type of space can only be called a ‘space’ of public activities, but not a ‘venue’ of communal activities.

These hierarchical spaces not only affect the communal communication activities, but also affect the most fundamental social public activity unit. Take the weekend activities of a three-generation family as an example, which is a typical family structure in China. The parents would drop their children off to attend training programs and interest-oriented classes. One of the parents would be responsible for picking their children up, and in most cases he/she would communicate among themselves while waiting for their children to pass time. As a consequence, spouses are not together on weekends and one of them would be spending time on their own, meeting friends or working. Besides doing grocery shopping, the elders also arrange activities among their peers. In this situation, the respective family members would have their ideas on how to spend their weekends instead of doing it together. Is there a space that provides and allows family members to get together and reunite whilst meeting their individual needs? For instance, having spaces where couples can participate in sports activities, children can dine with the whole family, or having different families gather together?

The design strategy of this project corresponds to the question above. The first design step is to merge different builtes into one, then reorganizing their network of functionality. The public activity space is arranged around a public open space accordingly based on the correlation between them. Just like the urban public space, this public activity space is the common transportation space as well as the “producer” of public activities. The public space ‘permeates’ towards a smaller scale space, forming the connection between public space and ‘indoor’ space.

Based on the correlation between functional spaces of architecture, the public activity space is tightly arranged from east to west by following the order of mass art museum, theater, women and children’s activity centre, youth activity centre, and national fitness sports centre accordingly. The boundaries of different functional areas are no longer distinct from each other, but organized together in accordance with their reasonable interactions. Large-scale spaces such as badminton courts, basketball courts, and volleyball courts are on the top floor, which is beneficial for the structural layout of large-span structural spaces. The other side of top floor space is partially equipped with skylights, which makes for large-space daylighting and ventilation and is easy to build more natural venues. The rear service office area is arranged behind the public activity area with relatively independent traffic systems. The ground floor space is elevated and designed as a natural outdoor landscape area to facilitate public participation in outdoor public activities.

The public cultural complex itself resembles a miniature of a city where everyone has the opportunity to play the role of a participant and an audience. A network that portrays the integration of various activities and experiences truly reflects the value of a community. In the context of a city, the complex is no longer merely considered as a mass of architecture, but a window and a stage to embrace and present people’s love in their lives. 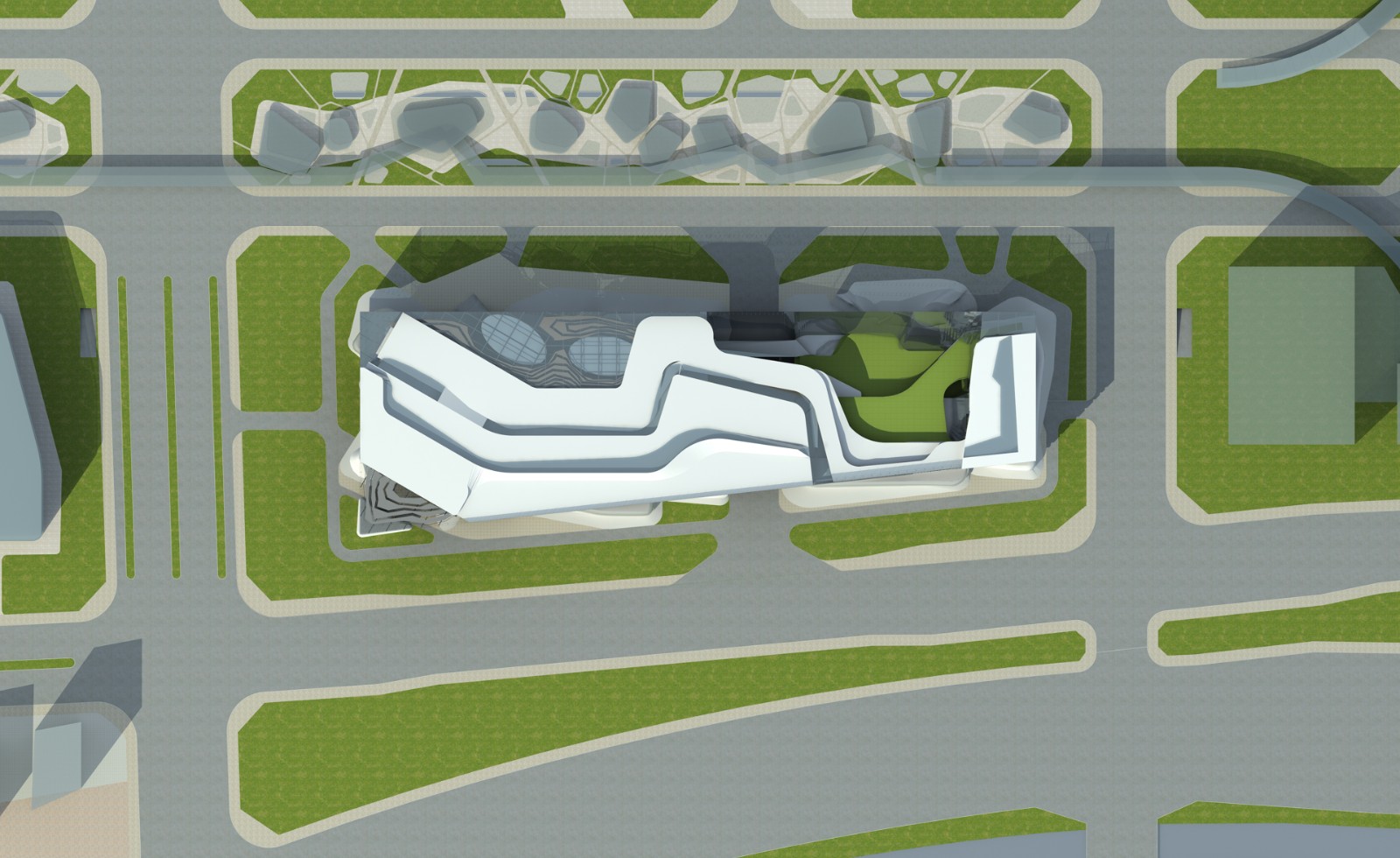 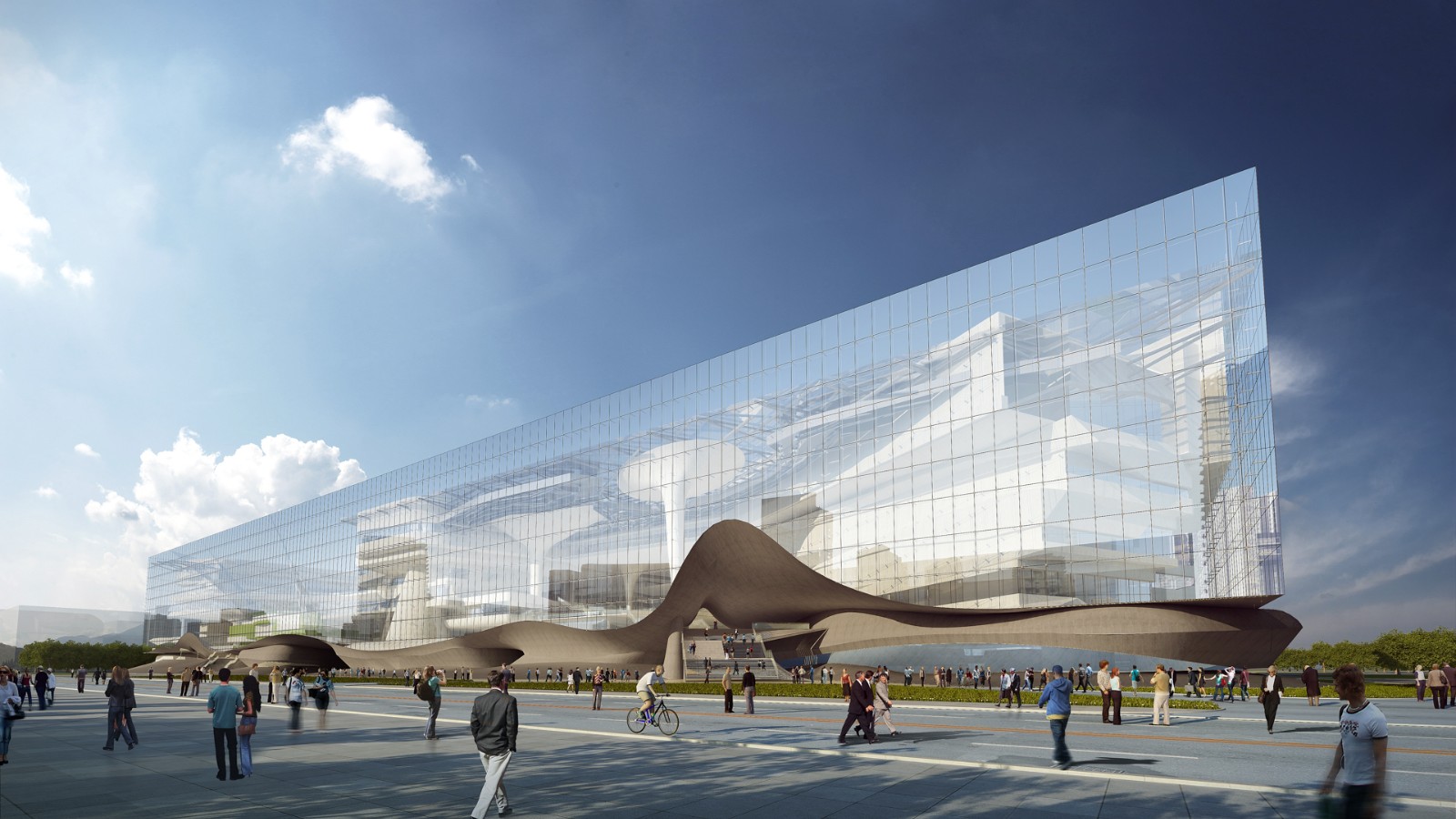 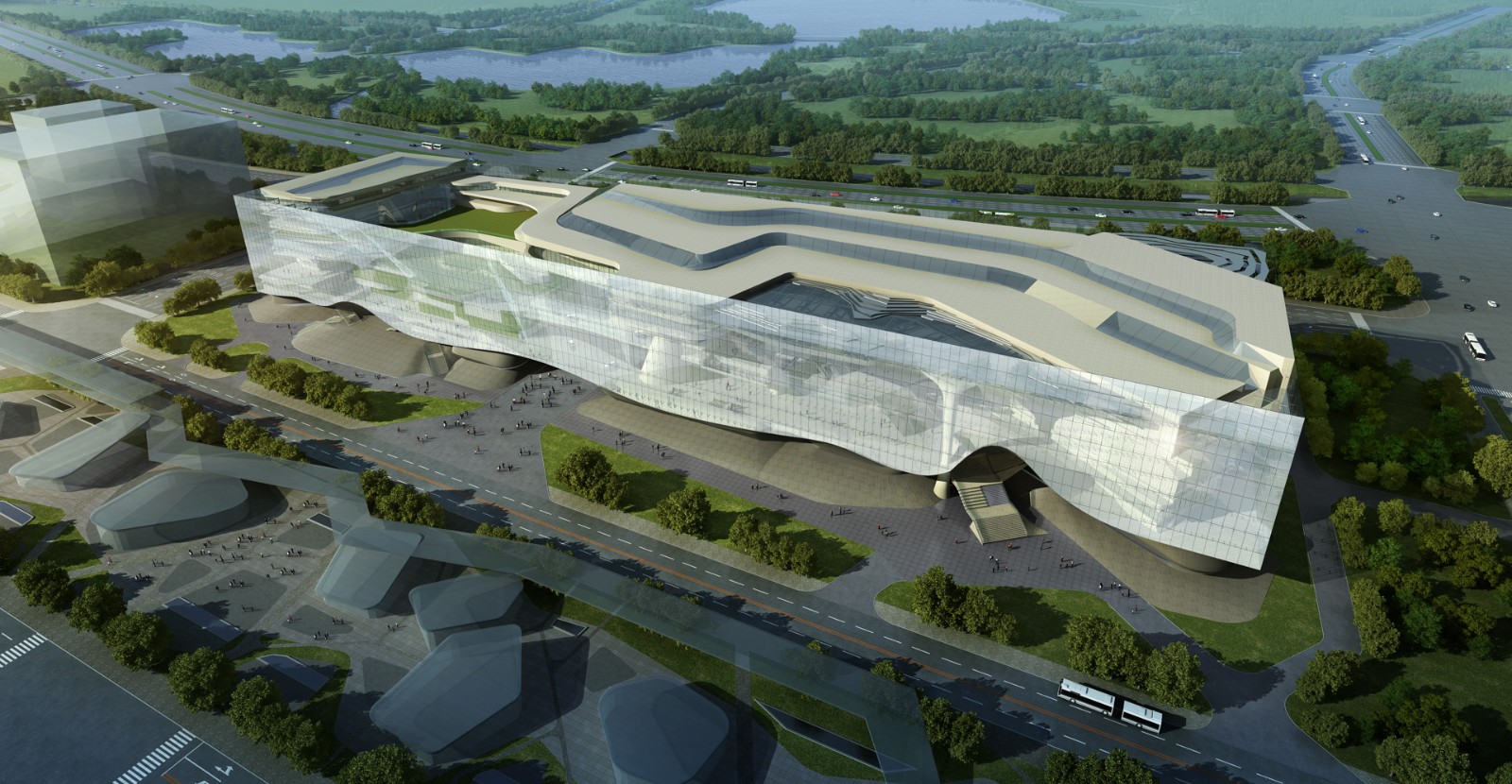